I have completed the CertIBET; a most welcome addition to my portfolio.

Can you see the image?

Thailand Swimming Pool, a photo by Kokujin Chronicles on Flickr.

Incognito lucky dog, a photo by Kokujin Chronicles on Flickr.

Even old dogs get lucky now and then …

Via Flickr:
A lovely young lady invited me to sit down. Then t started raining. She must have felt cold because she came around to my dry side of the table and made herself quite comfortable …

My dream has been delivered. 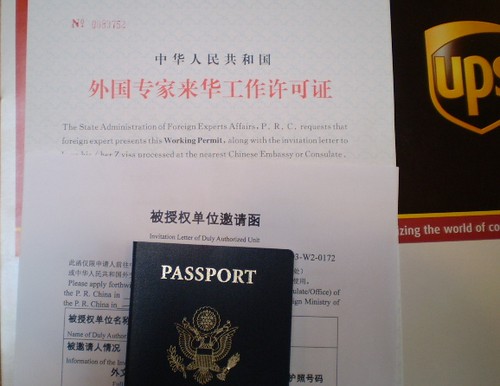 My dream has been delivered., a photo by Kokujin Chronicles on Flickr.

Via Flickr:
Awoke to a knock on the door, found no one there. Looked down and found a UPS parcel with my dream inside.

From China to Singapore *

I’m still in a holding pattern for a teaching gig in Asia, preferably in Japan.  Everyday, I see big, honkin’ 747 heavies taking off for points far east.  It’s SO hard to avoid terminal frustration and to prevent myself from accepting a local corporate drone career trajectory.  Fortunately, I have an outlet to release some of the mental pressure.

Now, I’m well aware that this sad confession has caused my one or two female fans to instantly assign me eternally to the “entertaining friend who will NEVER get the goodies” zone.  Too bad for you, ladies.  Such shortsightedness means you’ll never know the delights to be had by dipping a toe into Lake Kokujin.

The reality of social service and education and training work is that it’s stressful, frustrating and not always good for one’s mental state of being.  I’m fairly resilient, and I generally manage to maintain a fairly even keel.  However, when times get tough, there are few legal and socially acceptable methods of blowing off steam more satisfying than firing up Ye Old Computer and killing a few (hundred) zombies, terrorists and/or alien bastards.  In fact, I believe I even have a self-portrait of my digital alter-ego around here somewhere…yes, there I am!

You lookin' at me?

Halo, especially Halo 2, has been a long-time favorite in the Kokujin household not least because it provided so many controversial and compelling ideas.  Little Kokuijin and I had any number of discussions around self-determination, blind faith, obligation and zealotry.  By far, however, we had more discussions about the rich content of the world of Deus Ex 1 and 2.  In the world of DX, ideas have consequences.   Obligations and alliances must be thoughtfully considered.  There is conventional wisdom, popular opinion and then there is truth.  Good stuff for fathers trying to teach their kids valuable insights.

I installed DX: Human Revolution last week.   One of my earlier missions was in Hengsha, China, a two tiered city with the wealthy elites living above in the sunshine and the 99% eking out a living in the lower levels.

There are innocents, hookers, huggers, muggers and thieves all around.  The game designers did an outstanding job of creating a life-like rendition of a modern dystopia.

After a few days and several hours of intense effort, I finished the China mission last night.  Whilst taking care of business, I visited a house of ill repute, taverns, street food vendors, and the hospital.  Today, I awoke in Singapore.

Yes, I KNOW it’s the not the same as actually being there – but it does help me dream.

Kokujin Chronicles’ photostream on Flickr. November 2009 Bangkok, Thailand. I stayed at a Lumpini/Sathorn area guest house and traveled to the Silom 64 Building, site of International House Bangkok, for CELTA training. I didn’t have time to properly photograph my trip. These are found images, not my images.

Brother Mouzone recently had a serious health scare.  He underwent emergency surgery and was laid up for a while recovering.  Happily, it appears that the doctors caught it in time, but he does have to check in every three months.

Sadly, however, he and his wife have split up.  Worse, given the dismal employment prospects here, he’s leaving the state to seek his fortune elsewhere.  We’ve known each other over 20 years.  I don’t have many friends, and so his relocation has definitely impacted me.